The YE0165 is designed for evaluation the halftone reproduction of 16:9 electronic cameras. Two 11-graduated counter current gray scales are arranged on a gray background (D ≈ 0.56), the gray scale corresponds to the ITU recommendation BT.709.

The values of the 11-graduated gray scale are as follows:

*The production process for reflective charts allow a maximum printed density of 1.64. The target value for the darkest step is 1.70. Therefore the distance of the last step differ slightly.

Adjust the aperture until the lightest patch reaches 100% video signal at the waveform monitor. With an optimally corrected camera according to ITU recommendation BT.709 the darkest patch will reach 10% signal level. 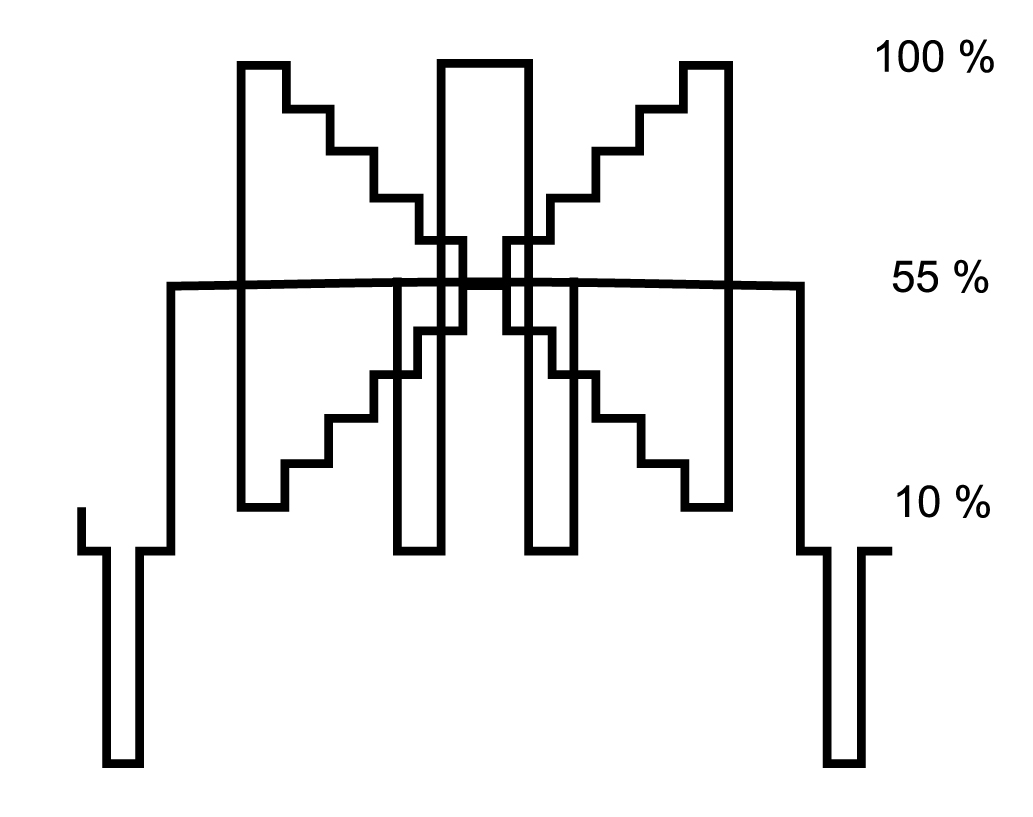 When using this chart with a gamma correction of 0.45 the video signal level for each step will change as listed in the table above.